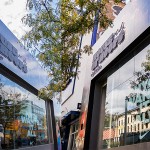 NCAA/HIGH SCHOOL ELIGIBILITY. I understand and agree that if I am, or may become, a student-athlete I am responsible for my own eligibility and/or amateur stand­ing. I am aware of, and agree to comply with, all applicable rules, regulations, and bylaws of my state/territory/national association(s), the NCAA and of any other governing bodies that may be applicable to me (“the Rules”). I understand the consequences of any failure to comply with the Rules, including but not limited to, loss of my eligibility to participate in future athletic contests in any sport. Nike is not responsible or liable for your participation in this Contest resulting in your ineligibility as an amateur athlete.

This Contest is open only to legal permanent US residents (except residents of AZ, NJ, ND, TN and VT) who are thirteen (13) or older at the time of entry.  Employees of NIKE USA, Inc., its parent company, NIKE, Inc., their subsidiaries and affiliates (collectively “NIKE”), or of other companies associated with the promotion of the Contest, as well as the immediate family (spouse, parents, siblings, and children, and each of their respective spouses) and household members of each such employee are not eligible.  In addition, NIKE sponsored athletes and their immediate families are not eligible.

Participation constitutes entrant’s full and unconditional agreement to these Official Rules and Sponsor’s decisions, which are final and binding in all matters related to the Contest.  Winning a prize is contingent upon fulfilling all requirements set forth herein.

The Contest is sponsored by Foot Locker Retail, Inc., 330 West 34th Street New York, New York 10001 and NIKE, Inc., One Bowerman Drive, Beaverton, Oregon 97005 (each a “Sponsor”).  Sponsor reserves the right to cancel, terminate or modify the Contest if it cannot be operated, conducted or completed as planned, for any reason.

During the Entry Period, make an in-store purchase (in any amount) at either the House of Hoops Harlem or the Times Square Foot Locker.  After making the eligible purchase, sign-up in the store to participate in the Contest. To participate in the Contest, entrants must play a standard 4-minute quarter of the NBA2K game. Entrants who win in each quarter may continue playing. Entrants who do not win their quarter must pass the controller to another entrant, but may re-enter by returning to the back of the line to play again (no additional purchase is required).

Sponsor has the sole discretion to determine whether an entry is eligible. Any entry that violates this section or is otherwise objectionable (as determined solely by Sponsor), will not be considered and will be disqualified.

The Sponsor will select one potential winner at each location after the conclusion of each day during the Entry Period (four total winners), based on the total number of wins that occur at the particular location each day during the Entry Period (“Judging Criteria”).  In the event of a tie, Sponsor will reevaluate each Entry involved in the tie according to the Judging Criteria.  The potential winner will be notified by email or in person (in Sponsor’s discretion) within three (3) days of the selection.

If a potential winner declines to accept the prize, cannot verify their eligibility or has violated any of these Official Rules, then an alternate entrant may be selected, at Sponsor’s discretion and if time permits, in his/her place from the remaining eligible entries based on the above Judging Criteria.  Only one (1) alternate entrant will be selected, after which the prize will remain un-awarded.

All potential WINNERS are subject to verification by Sponsor, whose decisions are final AND BINDING IN ALL MATTERS RELATED TO THE CONTEST.  An entrant is not a winner of any prize, even if the CONTEST SHOULD so indicate, unless and until entrant’s eligibility and compliance with the official rules have been verified and entrant has been notified that verification is complete.  Sponsor will not accept screen shots or other evidence of winning in lieu of its validation process.  any play that occurs after the system has been compromised or failed for any reason is deemed a defective play and is void and will not be honored.

Each winner will receive:

Any prize details not specified above will be determined by the Sponsor in its sole discretion.  Prizes are not transferable and must be accepted as awarded.  No cash or other substitution may be made, except by the Sponsor, who reserves the right to substitute a prize with another prize of equal or greater value if the prize is not available for any reason as determined by the Sponsor in its sole discretion.  The Winner is responsible for any and all other costs and expenses not listed above.  Prizes will be reported as income to a Winner and the Winner is responsible for taxes, if any, associated with the receipt of a prize.

Unless prohibited by law, entrants agree to allow use of their name, voice, city/state of residence, photograph, and/or likeness for advertising and/or trade and/or any other purpose in any media or format now or hereafter known without further compensation, permission or notification.

The Contest is subject to federal, state, and local laws and regulations and is void where prohibited by law.  In the event that the operation, security, or administration of the Contest is impaired in any way for any reason, including, but not limited to fraud, virus, or other technical problem, the Sponsor may, in its sole discretion, either: (a) cancel or terminate the Contest; (b) suspend the Contest to address the impairment and then resume the Contest in a manner that best conforms to the spirit of these Official Rules; or (c) award the prize according from among the eligible entries received up to the time of the impairment.  The Sponsor reserves the right in its sole discretion to disqualify any individual it finds to be tampering with the entry process or the operation of the Contest or to be acting in violation of these Official Rules or in an unsportsmanlike or disruptive manner. Any attempt by any person to undermine the legitimate operation of the Contest may be a violation of criminal and civil law, and, should such an attempt be made, the Sponsor reserves the right to seek damages from any such person to the fullest extent permitted by law.  Failure by the Sponsor to enforce any term of these Official Rules shall not constitute a waiver of that provision.  In the event Sponsor is prevented from continuing with the Contest or the integrity and/or feasibility of the Contest is severely undermined by any event beyond the control of Sponsor, including but not limited to fire, flood, epidemic, earthquake, explosion, labor dispute or strike, act of God or public enemy, satellite or equipment failure, riot or civil disturbance, war (declared or undeclared), terrorist threat or activity, or any federal, state or local government law, order, or regulation, order of any court or jurisdiction, infection by computer virus, unauthorized intervention, technical failures or other cause not reasonably within the control of Sponsor (each a “Force Majeure” event or occurrence), Sponsor shall have the right, in its sole discretion, to abbreviate, modify, suspend, cancel or terminate the Contest without any further obligation. Sponsor reserves the right to exclude previous contest winners from entering this Contest.

By participating in the Contest, entrants agree to release and hold harmless the Sponsor, its parent and related companies, and their respective officers, directors, employees, and agents (the “Released Parties”) from and against any claim or cause of action arising out of participation in the Contest or receipt or use of any prize, including, but not limited to: (a) unauthorized human intervention in the Contest; (b) technical errors related to computers, servers, providers, or telephone or network lines; (c) printing errors; (d) lost, late, postage-due, misdirected, or undeliverable mail; (e) errors in the administration of the Contest or the processing of entries; or (f) injury or damage to persons or property which may be caused, directly or indirectly, in whole or in part, from entrant’s participation in the Contest or receipt or use of any prize.  Entrant further agrees that in any cause of action, the Released Parties’ liability will be limited to the cost of participating in the Contest, and in no event shall the Released Parties be liable for attorney’s fees.  Entrant waives the right to claim any damages whatsoever, including, but not limited to, punitive, consequential, direct, or indirect damages.  Entrant agrees that the Released Parties have made no warranty, representation or guarantee, expressed or implied, in fact or in law, relating to any prize.

Except where prohibited, entrant agrees that any and all disputes, claims and causes of action arising out of, or connected with, the Contest or any prize awarded shall be resolved individually, without resort to any form of class action, and exclusively by the appropriate court located in the State of Oregon.  All issues and questions concerning the construction, validity, interpretation and enforceability of these Official Rules, entrant’s rights and obligations, or the rights and obligations of the Sponsor in connection with the Contest, shall be governed by, and construed in accordance with, the laws of the State of Oregon, without giving effect to any choice of law or conflict of law rules (whether of the State of Oregon or any other jurisdiction), which would cause the application of the laws of any jurisdiction other than the State of Oregon.

To obtain the name of the winner(s) or a copy of these Official Rules, send a self-addressed stamped envelope to:  NIKE, Inc., One Bowerman Drive, Beaverton, OR 97005.  Requests must be received within four (4) weeks of the conclusion of the Entry Period.

14. Entrant’s Personal Information: Information collected from entrants is subject to the Sponsor’s Privacy Policy, which you may view at https://www.nike.com/us/en_us/c/help/privacy-policy.

Are You Copping The OFF-WHITE x Nike Air VaporMax White? via jamalkhan

Staff - September 27, 2017
0
https://www.kicksonfire.com/air-jordan-13-love-respect-pack-white-black-release-date/The Air Jordan 13 “Love & Respect” Pack reflects on the love and respect that Michael Jordan had for the game of basketball when...